NOTES ON EACH READING

When the LORD began to speak through Hosea, the LORD said to him, ‘Go, take to yourself an adulterous wife and children of unfaithfulness, because the land is guilty of vilest adultery in departing from the LORD’.

The book of Hosea reveals the intimate relationship between God, the land and Israel, as well as employing a widespread biblical picture of God as creator (Ps 139:13; 15; Job 1:21; 38:28-29). Hosea refers to the land (’erets) as Yahweh/God’s house(hold) (Hos 8:1; 9:15), it is the place where Yahweh, Israel, plants and animals dwell (see Hos. 4:3) but it ultimately belongs to Yahweh (Hos 9:3).[1] The land is seen as the source of nurture for Israel who are God’s son(s) (Hosea 1:10), as well as being seen as Israel’s mother who conceived them (Hosea 2:1-2, 4-5). As such, God desires offspring who will serve and worship only him. When his children (Israel) are faithful, he blesses them and the land with fertility of offspring and agricultural produce (Hos 2:8) but when fail to keep their commitment to God’s covenant the land is unable to produce a good harvest (8:7-10). [1] The land is not just a vehicle for God’s work, it belongs to God (Hos 9:3).

Even though the early verses in Hosea speak of God’s judgment and rejection, the last verses (10-11) reveal glimmers of hope that God will be gracious and willing to forgive. This promise of restoration is found in the name Jezreel, whose name initially meant God scatters (v4) referring to God’s judgement on Israel’s kings. In v10 ‘God scatters’ now has a positive interpretation which refers to sowing or planting. Thus, we see glimmers of hope ‘yet’ suggests that the threat of punishment would be for only a limited time, and a period of blessing would follow.[1] Verse 11 (and 2:22-23) speak of the restoration of land, vegetation and people (2:22-23), thus emphasizing God and Israel’s intimate association with the land.

This Psalm is a communal prayer for the renewal of God’s mercies to his people at a time when they are once more suffering distress. Many believe vv1-3 refer to the return from exile and that the troubles experienced are those alluded to by Nehemiah and Malachi. Verse 12 suggests that a drought has ravaged the land and may reflect the drought with which the Lord chastened his people in the time of Haggai (see Hag 1:5-11).

The people remind God how he showed favour to the land and restored the fortunes of Jacob. They ask God to do this again so that faithfulness will spring forth from the earth.

In Colossians, Paul refutes the various hollow and deceptive heresies in the Colossae church and challenges them by endorsing the belief that Christ was one with the Father when the earth was created, and thus continues to be intimately involved in creation.

The disobedience in the church relates in particular to a spirituality that focuses on heavenly things rather than things on this earth. As a result, they have a dishonouring attitude to God’s creation as well as devaluing Christ’s Lordship over heaven AND earth.

Teaching on prayer – praying ‘your Kingdom come …on earth’.

This prayer teaches that God is not separate from the world. Nor is he banished to a remote heaven, removed from earth. He is not simply living up in heaven, instead he is very much involved in this earth.

‘Your Kingdom come … on earth’ does refer to the final establishment of God’s rule over his creation, but here Jesus is emphasizing the centrality of the kingdom in the present age (the ‘now’ and the ‘not yet’). In other words, ‘come more completely’ until its full and final consummation. Importantly we must not equate the coming of the Christ’s return with environmental destruction.

Jesus does not want us to utter these words by rote (as can commonly happen), but instead wants us to practice as illustrated the parable found in verses 5-8. Here Jesus urges a boldness (or persistence) in prayer, not because God will not answer but as if he would not. Verses v9-13 gives us assurance that God does answer prayers.[1]

We need therefore to pray as the Lord’s Prayer teaches, that Jesus has conquered all evil powers and authorities in our own lives and in our societies. These evil powers are behind the destruction of God’s creation. Luke reminds Christians that we must pray humbly, persistently, with sincerity, and authority.

The theme of God’s judgement and mercies that affects both the land and the people, is found throughout the Old Testament. For Hosea the land is not just real estate where the drama of salvation is played out or where Israel receives agricultural blessings – the land is a major participant in the story. Hosea assumes that God, land and people are bound together as an interconnected whole.[1] When anything in the relationship goes wrong it affects God, the people and the land. Disobedience brings God’s judgement on the people as they have disregarded their covenantal relationship with God and instead become self-serving, arrogant and wicked.

However, there are glimmers of hope evident in Hosea (1:10-11) that reveal God will be gracious and willing to forgive. There is a similar message in Ps 85 where the people remember God’s past mercies and therefore can realistically pray for God to forgive and restore them again.

Paul’s rebuke to the Colossae Church is necessary for the Church today as they continue to endorse a neo-gnostic attitude causing Christians to view creation as merely a stage on which Christ’s redemptive story takes place. Earth is put on the backstage and therefore considered not important. These idolatrous beliefs and practices have led, and continue to lead to much destruction and suffering in the human and non-human world.

In summary these passages have a clear message for Christians today. The Church must acknowledge the Lordship of Christ over the whole cosmos. Christians have been called to be carers of God’s creation and therefore must readily acknowledge this responsibility as humans and non-humans suffer the dreadful consequences from climate change and environmental destruction. Those living in the developing world are already suffering immensely. We must cry out to God for his mercies, forgiveness, and ask for wisdom so his Kingdom will come … on earth as it is in heaven and thus bring about the restoration to his creation.

SECTION FOUR : AN ILLUSTRATION TO GO WITH YOUR SERMON NOTES 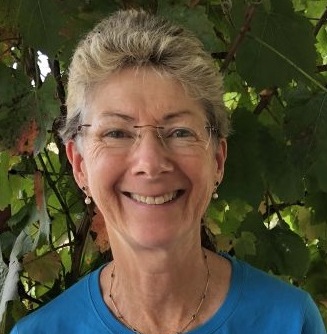 I live in South Australia. From 1985-2007 health work in the Cambodian refugee camps and Cambodia. Completed Master of Education, Master of Ministry (ecotheology) & finishing a Doctor of Ministry – designed an experiential arts-based workshop to assist Christians to connect their faith with creation care. Director of A Rocha Australia.