The prophet Micah from the village of Moresheth lived at a pivotal period in Israelite society. Under pressure from an increasingly centralised form of government the traditional form of land-ownership, based upon ancestral inheritance with the land being held in trust rather than owned outright, was being steadily eroded by those holding power. The people of the land, struggling to pay taxes in kind and having to give part of their labour each year to supply the increasing needs of a royal household and army, were being drawn into servitude and were losing their inheritance to the king (cf Micah 2.1-2). Large estates and forced labour were needed to supply the hyperbolic ‘thousands of rams and ten thousand rivers of oil’ for the sacrificial system that is mentioned in this passage.

This is a similar situation to that of hundreds of thousands of small farmers around the world today (often farming wisely and caring for the land as a precious resource) who are losing their family holdings to large-scale agribusinesses and industrial food producers. Such farming transformation often leads to the break-up of long-established patterns of community, and destroys the delicate balance of biodiversity.

In the face of greed, injustice and violence Micah reminds his hearers of the foundational event of the nation’s life – the people’s redemption from slavery in Egypt and the gift of land, and he calls the leaders back to the basic requirements of the law – justice, kindness and humility. The great American agrarian writer, Wendell Berry, speaks of ‘the kindly use of land’.

Paul’s letter to the Galatians is a passionate defence of the radical gospel that he has received directly from the Lord against those who would water it down. Such ‘traditionalists’ are insisting that those of a non-Jewish background who follow Christ are bound to take on the practices required by the Torah, in particular the practice of male circumcision but also regulations concerning certain foods. This demand, he insists, is to undermine the very basis of all that God has done in Christ. Paul claims that the cross of Christ, has turned everything upside down, establishing a new creation, a new family, a whole new worldview.

How hard it is for those of us living in a market-orientated, fossil-fuel based culture to think and act ‘outside the box’. Yet the climate and biodiversity crises that the world faces require a radical re-orientation of our attention and understanding.

Paul’s reference to ‘carrying the marks of Jesus’ may refer to the physical ‘thorn in the flesh’ that he mentions elsewhere, but may also reflect the wounds of his struggle to remain true to the revelation of Jesus Christ that he has been given. Today’s struggle for a new way of seeing ourselves in relation to God’s creation will leave its own marks on us.

This gospel reading for the feast of St Francis speaks of Jesus’ delight in the abundant giftedness of creation upon which all creatures rely for sustenance. He challenges the anxiety about scarcity which so often leads us to hoard and control the creation of which we are a part. In place of ‘worry’, Jesus calls us to ‘consider’ – to gaze upon or contemplate – every creature as a sign of God’s goodness and care and to live out of the amazing generosity that we see around us. The treasure of God’s Kingdom is a miraculous discovery to be received with open hands rather than a possession to be accumulated or stored as a guarantee of safety.

Paradoxically, ‘striving’ for the Kingdom involves a letting-go of the anxiety which can prevent us from delighting in God’s creation and living joyfully in God’s economy of gift. The most creative response to the urgency of the ecological crisis faced by the world is not ‘worry’ about scarcity but attention to the simple abundance of what is immediately present to us.

Francis of Assisi is known for his joy and delight in God’s creation and is often portrayed in art rather sentimentally surrounded by birds and other creatures. However, his wisdom regarding creation was based not on aesthetics; rather, it was grounded in his theology. He recognised, as did the earlier Church Fathers, the ‘imprint’ of God in every creature – a deeply sacramental view of creation – and his devotion to Jesus who became our brother led him into a sense of fraternity, not only with people but also with all things, animate and inanimate. Towards the end of his life he composed the ‘Canticle of Brother Sun’ in which every creature as ‘brother’ or ‘sister’ gives thanks and praise to God the Creator, Redeemer and Sustainer of life. The opening words of this song, ‘Laudato si’…..’, ‘God be praised through all your creatures’, was taken by Pope Francis as the title of his great encyclical on ‘Care for our Common Home’ published just before the Paris Climate Conference in 2015.

The celebration of St Francis Day which falls on the 4th October (the day following his death in 1226) presents an opportunity to expound the themes of abundant gift in the gospel reading from Luke and of kinship with all creation through the centrality of Christ which is the subject of the reading from Galatians. Francis Canticle reminds us, as do several of the psalms, that creation sings its own song of praise to God. Duns Scotus, a late thirteenth century Franciscan theologian, speaks of every creature in its unique ‘thisness’ pointing towards, or ‘doing’ Christ, who is the goal and purpose of creation, cf ‘…all things have been created through him and for him’, Col 1.16. Our own care for creation involves us seeking/desiring our true fulfilment in Christ and learning to sing in harmony with the rest of creation – rather than imposing our (often self-seeking) ‘solutions’ to the crisis which the world is facing. 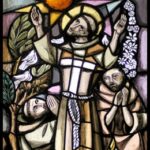 Francis, together with his brothers and sisters in creation, singing the praises of God.  Source unknown. 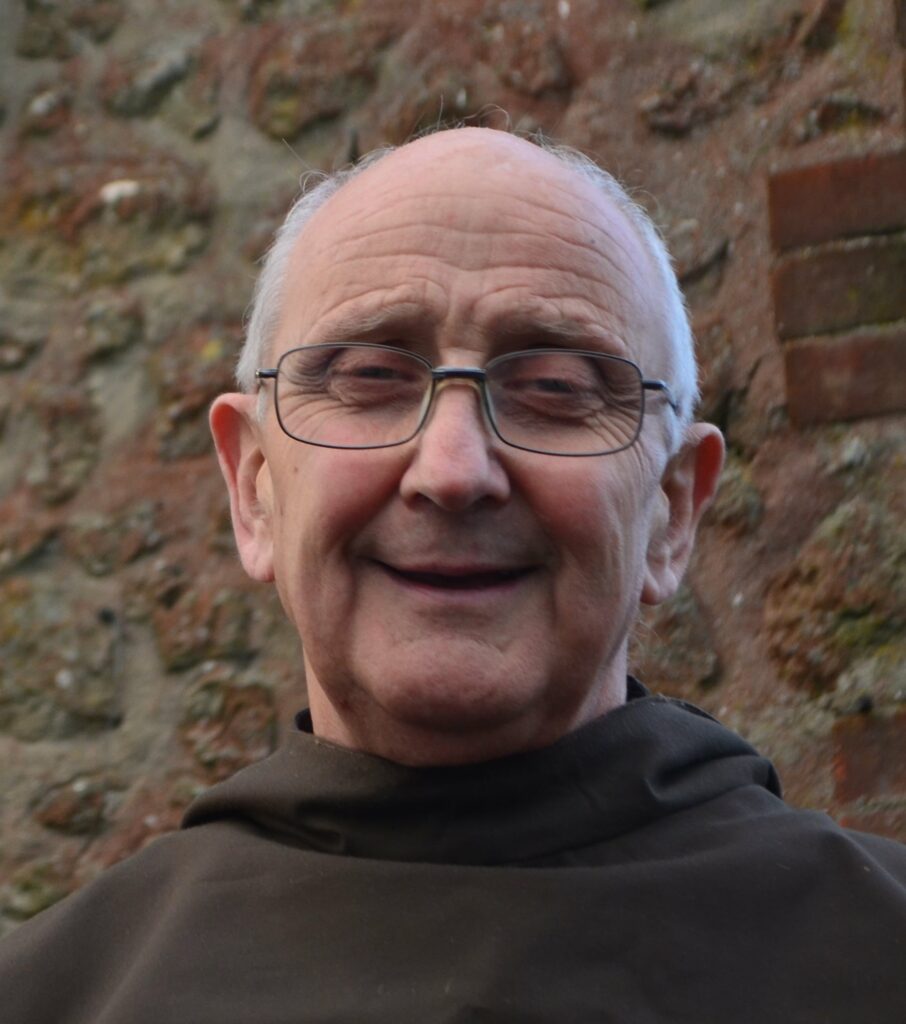 Br Samuel is a member of the Society of St Francis, an Anglican Franciscan order, who lives with other brothers in a friary in London. He has been involved with a project at Hilfield Friary in the UK which witnesses to St Francis’ wisdom and joy in God’s creation. He is a co-author of ‘Seeing Differently – Franciscans and Creation’, (pub. Canterbury Press 2021).