The Advent season is upon us. Immanuel is coming. The reading from Isaiah 7 is an incarnated passage. The name Immanuel (Hebrew: עִמָּנוּאֵל meaning, “God with us“); is a Hebrew name which appears in the Book of Isaiah (7:14) as a sign that God will protect the House of David and their cosmic sustainability. I love this passage because it fills my heart with joy and thanksgiving to God for sending his begotten Son to become our Immanuel, and because it inspires me and the entire faith community to be ultimately believe and trust in God.

But, here a few other reasons why I love this passage.

The Bible is the book of God’s promises, and the coming of Immanuel is a biblical phenomenon. It is the work of God himself. The house of David is used in this passage as a representation to the nation of Israel, its people, and its cosmic reality. “Therefore the Lord himself will give you a sign. Behold, the virgin shall conceive and bear a son, and shall call his name Immanuel” (7:14). Immanuel is coming to us as transcending life-giver and ultimate sustainer of God’s creation. At the heart of Immanuel’s work, there is a call to embracing the divine wisdom, that wisdom, according to Isaiah, is placed within a moral universe, which encompasses the commonwealth of life. In 10:1-3, Isaiah warns against all forms of iniquities and explains how divine consciousness is transformational, robust, and revolutionary.

There is good news! The whole Bible tells the story of God’s purpose for creation and humanity, promised in the Old Testament Scriptures; accomplished by the life, death and resurrection of Immanuel Jesus. Matthew recalled Isaiah’s prophecy when he wrote “Behold the virgin shall conceive and bear a son, and they shall call his name Immanuel” (Matt 1:23). Just as the virgin land gives plenty yields to the nation, so the virgin mother was meant to bear Immanuel, whose Lordship will cover the whole earth and fills it with the life-giving power. Michael Northcott observes that in the Old Testament, prophets criticized the people for breaking the covenant through their unjust treatment of the poor and the vulnerable, and through their failure to care for the land (Northcott 2001:221-2). Other biblical scholars have offered similar findings: that in the Old Testament the economy of life and moral spirituality was focused upon the relationship with both land and Yahweh, “never only with Yahweh as to live only in the intense obedience, never only with land as though simply to possess and manage.” That is why, the Virgin Mary bore Immanuel, the one who is just and right. Through Immanuel the world is provided with salvation, but the whole creation is regained.

This passage reveals what God has joined together—Immanuel and the nation of God’s people. Immanuel is coming as the Lord of relationship and reconciliation.  Apostle Paul reminds us that we are called to belong to Immanuel (Rom 1:6). Such an ancient need to belong, a need to have close and long-term social relationships with Yahweh and with the biosphere that sustains us, is a proof that people need Immanuel, so that we can obtain positive ecosocial relationships to sustain their wellbeing against all forms of disobedience. A better rendering that communicates succinctly to this fact, is “God so loved the cosmos that he gave his only Son” to “empower us to fulfil his purpose for life”. Furthermore, God’s own Word, the eternal Son, the Logos assumed “flesh” in Jesus and became Immanuel (John 1:14). In short, it is through Immanuel Jesus that “all things on Earth and in heaven, are reconciled to God” (Col 2:15-20). The work of Immanuel is intrinsically missional, calling the whole universe to live missionally and divinely. Rediscovering our divine roots and moral obligation embedded in our Christian morality is inevitable.

Richard Bauckham (2010), Bible and Ecology: Rediscovering the Community of Creation 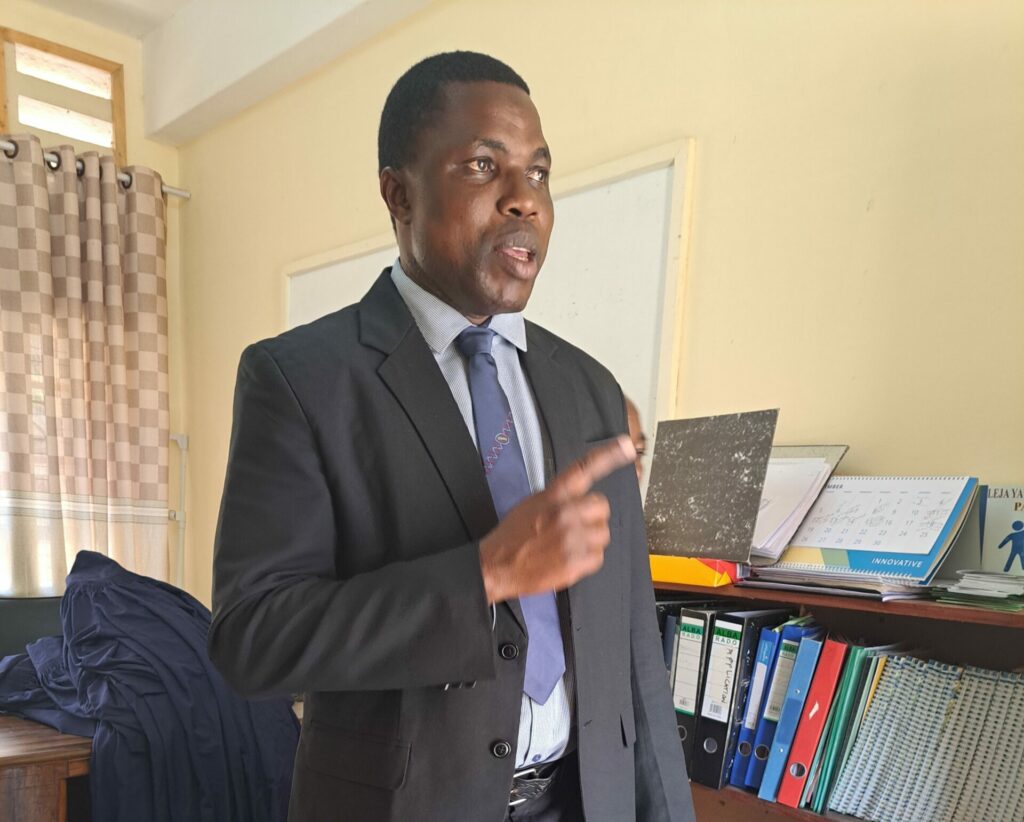 Rev. Canon Dr George Otieno Lawi, Ph.D. Currently working as the Dean of Academic Affairs at Msalato Theological College of the Anglican Diocese of Central Tanganyika, in Dodoma Tanzania. My interest in ecological sustainability began shortly after my ordination in the summer of 2005. I began to realise that socio-economic consequences of environmental degradation are not only shaping our contemporary social wellbeing but also calling the faith community to reconsider the role Christians can play within the Church and society to bring about genuine change and transformation in a given context.