At the heart of the gospel is the message of redemption. The prophet Isaiah in chapter 11 paints a very encouraging picture that redemption will bring peaceful coexistence between the “domestic nature and the wild nature”. Isn’t it reassuring that the earth and everything in it is included in God’s plan of redemption? Creation does not pass away but is restored and renewed as part of the new heaven and the new earth of God’s kingdom.

Notes on the Readings

Isaiah’s beautiful picture of the kingdom of God is filled with images of restoration, including the restoration of the interdependence and harmony God intended for creation. Animals that seemingly are enemies will once again live in peace with one another. Human being will no longer fear dangerous animals, because those animals no longer have the capacity to destroy life. The whole earth will be redeemed and returned to what God made it to be. This theme comes up repeatedly in Isaiah 35:1-10, Isaiah says the desert will blossom and water will pour through the wilderness. In Isaiah 55:12-13, the mountains and fields rejoice in the redemption of the world. There is a sense of lush provision and well-being.

The cessation of the human nature and wild nature violence is considered dealt with by the activities of the Messiah earlier in the chapter, which depicts an offspring of David, exceptionally endowed with the Spirit, exercising just rule, especially on behalf of the poor (V 1-5), Promising to give safety to the poor from their human oppressors and protection of the more vulnerable animals from their predators. Isaiah 32:15-20 illustrates the establishment of right relationships in human society accompanies the reconciliation of human society with wild nature.

Christians believe the kingdom of God, so beautifully described in Isaiah 11:19, was ushered in with Jesus, (Colossians 1:20) and through him God reconciled everything to himself. He made peace with everything in heaven and on earth by means of Christ’s blood on the cross.

That means Isaiah’s prophetic words are meant to describe the life we are to be working toward. Since we are redeemed in Christ, how can we be part of the redemption of the earth as well?  All of the dreaded prophecies and dire warnings of the Old Testament find their resolution in the New Testament, as Jesus comes to reconcile all of creation to himself and to God. And because all of creation was impacted by human sin, all of creation is part of Christ’s redemptive work on the cross as well.

For whatever was written in former days was written for our instruction, so that by steadfastness and by the encouragement of the scriptures we might have hope. May the God of steadfastness and encouragement grant you to live in harmony with one another, in accordance with Christ Jesus, so that together you may with one voice glorify the God and Father of our Lord Jesus Christ.

There has existed a great rift between wild nature and human cultivated nature and yet When God created Adam in Genesis the garden of Eden was a delight for both man, animal and God. It was not human cultivated, thus wild by definition but yet serene. What happened to this beautiful Eutopia? Eden looks as though it is the original, glorious heart of wild nature. In it, Adam was at home as humans will never will be in wild nature after his fall.

Among the ecological failings which the Bible has been accused, is that it promotes a negative view of wilderness. Roderick Nash, in His classic work (Wilderness and the American mind), claims that the Old testament portrays Wilderness as a cursed land, a realm of chaos and lawlessness, the environment of evil, a kind of hell. Yet through this wilderness the Israelites, a people of God, were delivered; In it our precious saviour and King was tested and emerged victorious, its time that we looked at this man-forsaken land and seek the voice of God in it.

Romans 8:18-23 reminds us that we, the redeemed, are being called to be agents of change called to restore life in the so called “wastelands”. Both flora and fauna are counting on us to restore the habitat.

Paul writes of the whole creation “groaning in labour pains” as it waits for the for the hope of the resurrection. 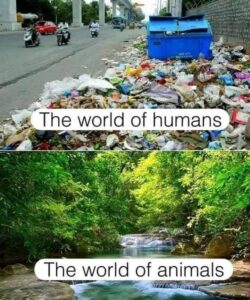 Given this comparison which world would you rather belong to the human manipulated world or the wild nature? Who are the animals? 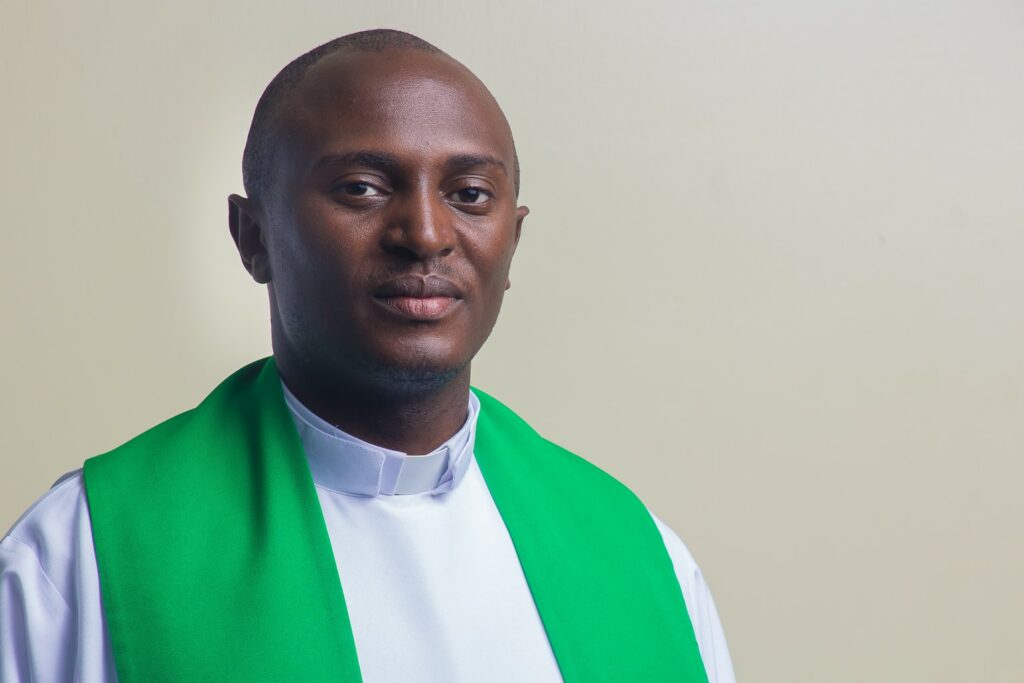 Rev Dennis Nthenge serves as Chaplain to the Archbishop of the Anglican Church of Kenya, a Green Anglican Coordinator, Chairman of a Tearfund affiliated movement in Kenya called Malizingira made up of 15 member organisation. I’m married to Jennifer together we are blessed with two lovely children, Lemuel and Donatella. My favourite pastime is gardening. Latest achievement is inculcating permaculture into the garden.