The Last after Trinity, this Sunday wraps up this part of the liturgical year, and turns our eyes towards the weeks we will prepare for next; Advent, i.e. a new start. This Sunday can also be observed or better: celebrated as Bible Sunday, and so it invites us to reflect on our spiritual roots and resources, and whether we care about them sufficiently, sustainably or not. The following Monday, 24 th October, is both United Nations Day and World Development Information Day, established by the UN 50 years ago in 1972. The UN’s intention for this day has been to raise awareness on development problems and for the potential of international cooperation in solving them.

Exegetical remarks and aspects of sustainability:

Around 200 years before Christ, Sirach pleads for a modern, enlightened
and wise approach to social and religious life, including a reasonable consideration of
tradition. He certainly is not keen on abandoning what has been delivered from the fathers
(and mothers) just because it is old. Rather, he distinguishes what is worth taking into the
future, necessary and helpful to be preserved. Raising these claims, Sirach is not merely
interested in epistemological issues, rather his focus is on the question of what justice and
righteousness mean in the life of the individual and in the interconnected life of communities,
society, and also possible ways to get them realised or re-established.

In the passage chosen for this Sunday, he roots his mediation and plea in God’s own
righteousness and just action, as he has revealed in Israel’s exodus from Egypt and beyond,
listening to the oppressed, neglected and marginalized. While making utterly clear God’s
passionate and trustworthy engagement, the reading asks us to what degree we as individuals
as well as church and society are faithful ourselves, to what degree we are imitating the
Lord’s generosity, honesty, impartiality and care.

In contexts of social indifference or, worse, exploitation, discrimination and marginalisation,
this becomes even more crucially decisive. All this debate cannot be limited to individual
reflection and strife for personal holiness, but has to have active, social and political
consequences.

Similar to 1 Timothy and Titus, the author of the second letter to Timothy is deeply concerned about the (local) church and her leader(s). As the situation is filled with by intellectual dangers and burdened with harsh social challenges, his core intention is to strengthen Timothy in his position as new leader and successor of the apostle. However turbulent and hard this may be or become, there is absolutely no reason to be ashamed of the
gospel and its message of Jesus Christ crucified and raised from death, a message lived out
and handed on. The author presents himself as a concrete example of what it means that God stands by the faithful’s side and gives them strength, eventually rescuing them from the lion’s mouth (v. 17) and crowning them with the crown of righteousness (v. 8).

The background is that Timothy’s congregation was probably a rather tiny one, most likely consisting of lower class people, the example of a life lived out to the end may have deeply impressed and encouraged Christians to preserve the letter, providing hope and confidence when socio-political turmoil makes the church/congregation float around. So the passage given in our reading highlights how people lacking any socially higher position, let alone major political influence, can be the right ones to claim fair social treatment and behaviour, truth, faithfulness and veracity.

Clearly addressed to people of religious confidence, yet tending towards hypocrisy and disdain (v. 9), the parable in v. 14b ends with a very stirring message: we are not the one to raise ourselves, to make us bigger than we are, to pretend to be of value because of our own efforts. Instead we are to be aware of the little we can provide and if we invest that, have to rely on someone else’s favour. It is not that Jesus marks the Pharisee down altogether or calls the tax collector an angel. It is not black versus white, morally good versus being evil. Rather, Jesus takes the two characters as two extremes and examples what is possible if we put all presumption aside.

Though the issue of moral and religious justification is rather uncommon in discussion on
sustainability, Jesus’s claim for more honesty and humility may be very helpful in our efforts
for a better life of humanity in creation. It weighs our understanding of ourselves and of God
as our creator. Do we see him as the one we get along with by making a transaction – for
instance I give you in order that God gives me something back? Dealing for healing?

That is clearly not the case and must not be our thought or calculation. We are not always and
like the Pharisee or always like the tax collector – we are partially both of them every day. We
can never assume that we have done enough, never be sure that what we have done has been
sufficient. What is sure is the promise of Jesus that if we make our efforts without selfishness,
contempt or disdain God will use our offers to make the world a better place where everyone
and everything may enjoy being a part of his kingdom, and a most valuable and appreciated
member of his creation.

This is and remains a key question that is to be asked every day, not only at big conventions like the recent Lambeth Conference.

Times have long passed by when the Church used to be the established institution whose
claims and moral standards were the undoubted pillars of political and moral life. And this is
not about arguing about the Zeitgeist. It is about realising what other theories, views, beliefs,
tendencies and ideologies there are and how we deal with them, because we can and must not
ignore or flee them.

Both Sirach and 1 Timothy struggle with challenges similar to the situation just hinted at,
though in different phases. In Sirach we find Judaism in a situation of ‘Not anymore’: it has
lost its dominating intellectual position, now facing the influence of Hellenistic culture and
philosophy. 1 Tim is about Christians in a stage of ‘Not yet’: a faith group that is still – and
this will remain for another two centuries – a minority, lacking any political, let alone
economic power. But in this way, both positions described in the readings are positions where
there is the temptation of remaining passive, maybe too confident, eventually shying from any
from political or social engagement, in the worst case taking refuge to an attitude the tax
collector has and Jesus criticises people for.

Instead, the message of the readings is neither to lean back, nor to give in, even if challenges
seem surmounting our strengths or whatever potentials we think we have. The readings
remind us of a God who is passionate for his people and his creation, especially for the neglected, being under pressure, or lethally endangered. They remind us that this passionate God calls us to imitate and act like him, calling out what is wrong, living out our faith for the sake of the world. Discussions and debates may be hard, resistance to unhealthy thinking and denigrating ideologies may bring us to most uncomfortable situations, yet this not an excuse and it would not be the first time Christians end up marginalised and oppressed themselves.

Calling out unfair division, ungodly and sinful alienation, and struggling for a better world,
where people are not torn apart, brothers and sisters are not separated from each other, even
forced to fight each other, will certainly put us in front of some lions’ mouths. But this is the race God has been running for ages, being the forerunner for others. He calls me to join this race, get into action and do my part, little as it may be, to fight arrogance, disdain and contempt, within myself and wherever it may appear. There are too many people, too many beings that suffer from those sinful attitudes, so let’s join God’s race, and maybe
inspire others to join it too.

Collect: Loving God, every human being is safe in your hand and never apart from your love. As we often are too weak to forward your care to the one next to us and your creation, open
our eyes, hearts and hands. Use us to spread your love throughout the world so that your
kingdom really comes. This we ask through Jesus our Lord.

Prayers: Loving and merciful God, your kindness fills the world, and your grace comes to us every
day. So you are among us and encourage us to pray with confidence: Give the Church ever more eagerness and courage to care for the wronged and neglected. Stir up all congregations to put aside selfishness and disdain, and to spread joy wherever they are. Free us from all anxiety of neglecting you when we engage with our neighbours. Lead all disappointed out of their distress and strengthen them for new beginnings.

Post communion prayer: Loving father we thank you for the signs of your eternal care, for the joy you give us so generously. Every day make us strife to become better people, following your word and growing in your love. Sustain our fellowship until we meet again and gather around your
table. Grant this by Jesus Christ our Lord. 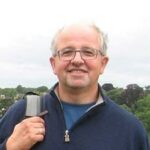 Revd Dr Joachim Feldes since 2005 has been on the board of the ecumenical projekct ‘Nachhaltig predigen’ in Germany, which then led to the making of ‘Sustainable Preaching’ and ‘Preaching for God’s world’. For some years he enjoyed working as a mentor with the Anglican Alliance’s ‘Agents of Change’ programme. Currently, he is dean of studies at the Lancelot-Andrewes-Institut in Nuremberg where he is also lecturing Anglican theology and Homiletics.